These are selected highlights from personal mapping projects I have done for various games.  I have been making maps and mods since 1997.

In development for over 10 years, Black Mesa was envisioned as a complete remake of Half-Life 1 in the Source Engine.  Packed with new content and custom assets, it uses the same Hammer Editor as other Source games.  However, unlike the official Half-Life games, Black Mesa game has a built-in Steam Workshop.

The indie game Overload is a spiritual successor to the classic six-degrees-of-freedom FPS, Descent produced by much of the same team.  The level editor came out shortly after the game's release.  Remarkably, while the game itself runs on Unity, the actual level construction is based upon the same cube-based techniques as the original games.

SnapMap is the built-in level editor for DOOM (2016) which produces cross-platform maps for PC and console.  While you are limited in your ability to construct your own level geometry, the scripting component is surprisingly robust, offering plenty of gameplay and storytelling options.

FreeSpace 2 is one of the most revered classics of the arcade space combat genre.  Developed by the crew that worked on Descent, you go on all kinds of thrilling missions, defending enormous capital ships.  It came with the FRED editor, which lets you choreograph and script your own missions. 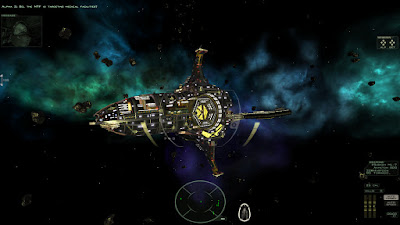